In Memory of BKS Iyengar

BKS Iyengar, my teacher, my inspiration has left his earthly form in the early hours of August 20th at age 95. His incredible dedication and practice of yoga for over 80 years and his gift of teaching what he experienced is unparalleled.  I was fortunate enough to study with Mr Iyengar and his family in Pune several times.  He gave us an incredible amount of insight into yoga, the discipline of practice and the search for ourselves.

To honor his work and teaching, keep practicing!

My friend and colleague Lou Hoyt was in Pune during this difficult time for the Iyengar family.  Read her account of the funeral service on her website. This NY Times article is also very good.

This word and its applications have become ever increasingly popular with Americans. However, many people don't understand its history or origins, which we feel is important to know and understand.

It has been practiced in a variety of methods since Before the Common Era (BCE). This is the same meaning in time as BC versus AD, just in a non-christian time line.

It is  agreed to have originated in India with its goal to provide inner peace through various disciplines - some physical, some mental and some spiritual. Its traditions of Yoga are found in Hinduism, Buddhism and Jainism.

The most active type of it is called Hatha Yoga and it has evolved into the Asanas of full body postures that are utilized today. These Asanas have become very popular and what everyone in the Western World associates with the word "Yoga". The word itself is thought to originate from the idea of "To concentrate"

It was brought to the Western World by Indian Monks in the late 1800's. By the middle of the 1900's, it was becoming a very popular form of exercise only, with very little thought to the other disciplines of it.

It will result in many outcomes, but it is generally accepted to mean becoming at peace with yourself in mind and spirit. Each tradition of various practices will still have the ultimate goal to bring balance to your body, mind and material nature.

The term "yoga" first appears in the Hindu scripture, where it is defined as the steady control of the senses, which along with cessation of mental activity, leads to the supreme state of being. Breathing exercises and controls were developed later.

Patanjali is created with being the compiler of the formal yoga philosopy.

Patanjali's writing also became the basis for a system referred to as "Ashtanga Yoga" ("Eight-Limbed Yoga"). This eight-limbed concept derived from the 29th Sutra of the 2nd book, and is a core characteristic of practically every Raja yoga variation taught today. The Eight Limbs are:

Hatha yoga, sometimes referred to as the "psychophysical yoga", was further elaborated by Yogi Swatmarama, compiler of the Hatha Yoga Pradipika in 15th century CE. This yoga differs substantially from the Raja yoga of Patanjali in that it focuses on shatkarma, the purification of the physical body as leading to the purification of the mind (ha), and prana, or vital energy (tha). Compared to the seated asana, or sitting meditation posture, of Patanjali's Raja yoga, it marks the development of asanas (plural) into the full body 'postures' now in popular usage and, along with its many modern variations, is the style that many people associate with the word yoga today.

In the West, the term "yoga" is today typically associated with Hatha yoga and its asanas (postures) or as a form of exercise. In the 1910s and the 1920s Yoga suffered a period of bad public will largely as a result of backlash against immigration, a rise in puritanical values, and a number of scandals. In the 1930s and 1940's it began to gain more public acceptance as a result of celebrity endorsement. In the 1950s there was another period of paranoia against yoga, but by the 1960s, western interest in Hindu spirituality reached its peak, giving rise to a great number of Neo-Hindu schools specifically advocated to a western public.

Among the teachers of Hatha yoga who were active in the west in this period were B.K.S. Iyengar. At YogaMart USA we value and hold the teachings of BKS Iyengar as part of our approach to teaching and understanding Yoga in the 21st century.

In the 1980's heart health was "associated" with yoga, helping it become even more main stream in the United States - and away from any religious denominations.

Yoga History is very complex and evolves from so many teachers and philosophies. However, in our brief description of Yoga History, we have tried to provide a general overlook to it.

A fantastic source, and one used very extensively on this particular page is Wikipedia. Please take a look at this link, if you require more specific information. 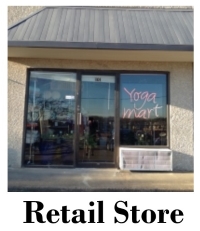 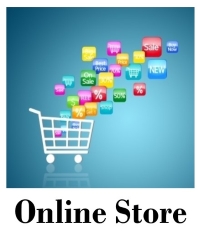 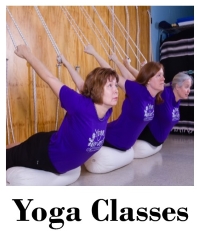 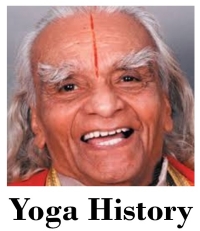 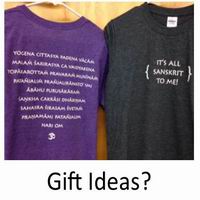